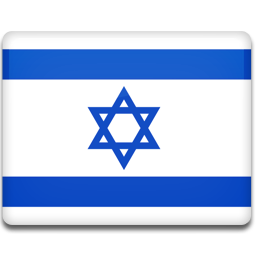 Television refers to television broadcasting services in the State of Israel, launched on 24 Mar, 1966. There was one state owned channel at the initial stage. A second state regulated channel was launched in the year 1986. This channel turned out to be a state regulated commercial channel in 1993. In 2002, an additional commercial channel was introduced, followed by two commercial niche channels – a channel of popular music in Israel (started in 2003) and an Israeli-Russian speaking channel (started in 2002).

Color transmissions were brought slowly around the year 1980. Satellite based multi-channel service has been operating since 2002. Around 75% of the population in country is subscribed to pay TV systems which are offered either by satellite service known as “yes” or by a cable service called “HOT”.

Channel 33 is a terrestrial public channel in Israel as operated by the Israel Broadcasting Authority (IBA), which is mainly designated for Arabic Speaking viewers. The stream live TV is also encouraged in the country.
Channel 1 is one of the oldest channels and one five terrestrial channels in Israel along with Channel 10, Channel 33, Channel 2 and Knesset Channel. It began broadcasting on May 2, 1968 and is run by the Israel Broadcasting Authority. The channel is mainly funded by means of a television license with some advertisement run.

Despite the channel doesn’t not show standard advertisements but during breaks in highly rated programs (such as coverage of Maccabi Tel Aviv’s Euro league matches), it shows text advertising companies on the screen which is read out completely by an announcer.

Along with text advertising, Channel 1 also broadcasts public information films commissioned by the Government of Israel. During the time of election, it displays the broadcasts pertinent to political party broadcasts.