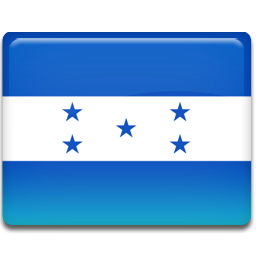 Television consists of both local channels as well as foreign television in Honduras that is typically distributed via cable throughout the country. The country had previously adopted ATSC Standards for digital terrestrial television broadcasting, but later decided to adopt the ISDB-T International standard and utilized in numerous other Latin American nations. The CONATEL decided to adopt the ATSC standard on 9 Jan, 2007 which was enforced on 16 January, 2007, when Diario Oficial La Gaceta published it. The first Digital HD TV station known as CampusTv was launched by Universidad de San Pedro Sula.

Canal 36 is one of the major television stations in Honduras. It was closed down briefly by the order of the Government of Roberto Micheletti on 28 Sep, 2009 during the 2009 Honduran constitutional crisis along with Radio Globo, due to its support for deposed President of Honduras, Manuel Zelaya. However, it was later re-opened. Esdras Amado Lopez owns Canal 36. The online TV live is also showing up in the country.
Televicentro or TVC is a television station based in the capital city of Tegucigalpa in the country. TVC was founded in order to put together the four television channel as one business unit in 1987.

Canal 5 HRTG-TV was the 1st broadcasting television channel in the country.

The programming for Telesistema is concerned with music, films, series for children, music, sports and the most watched newscast known as Hoy Mismo from the 1980s.

Telecadena features programming including series, films, teen and children’s series as well as the newscast “Abriendo Brecha” (re-transmitted in the Channel 10).