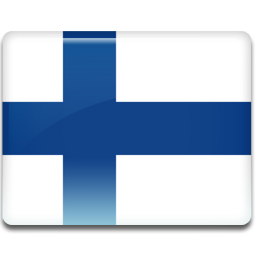 Television in Finland commenced in the year 1957. Color television was introduced in 1969. Before 1986, Finnish television was monopolized by Yle. On 1 Sep, 2007, all the terrestrial analogue stations stopped broadcasting after the introduction of digital television. Cable providers were given the permission to pursue analog broadcasting on their networks until 1 Mar, 2008.

Foreign language content and stuff is typically sub-titled, retaining the soundtrack of original language. Foreign programming is often dubbed into one of the national languages for children. Irrespective of the targeted audience, numerous programs received a Finnish and/or Swedish title that is used in the schedule of programs.
Yle TV1 is a television channel operated and owned by the public broadcaster Yle in the country. It is the oldest as well as the 1st channel in Finland. 70% of Yle TV1 channel programs were focused on news, documentaries or educative programs. The name for the channel is referred to as Ykkönen or Ylen Ykkönen – the name is taken from the fact that YLE owns channel spots 1 and 2 by default in the country. Free live streaming TV is also available throughout the country.

MTV 3 is a commercial television station owned by Bonnier in the country. It had the largest audience share among all the TV channels in Finland until Finnish Broadcasting Company’s Yle TV1 took over the first spot. The letters MTV refer to Mainos-TV {advertisement television} because of channel’s revenue mainly coming from showing commercials.

Number 3 was added in the list later when the channel was given the third nationwide television channel. It generally became to known as “Channel Three” where as Finnish Broadcasting Company’s Yle TV1 and Yle TV2 being the first two.