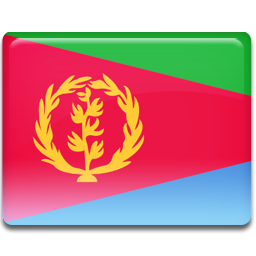 Eri-TV is a state owned television network in Eritrea. It is headquartered in the national capital, Asmara. Eri-TV broadcasts 24 hours on a daily basis. The station provides news bulletins, talk shows, cultural and educational programs around the clock. Eri-TV has a huge viewership outside of Eritrea, which the state run channel uses to communicate with Eritreans living in foreign countries. The channel has a weekly viewership of 1-2 million approximately. Eri-TV recognizes Eritrean Minority Culture and has adopted an equal time share among the major spoken languages of the country.

Eri-TV 1 broadcasts via satellite internationally along with its sister radio station named “Dimtsi Hafash”. News, dramas and music videos are the main broadcasts on the channel. Eri-TV 1 also broadcasts both international and domestic films.

The station shows mostly in Tigre, Arabic, Tigrinya and English and shows a few programs in Afaan Oromoo, Amharic and Somali.

Eri-TV 2 is the second television channel operating across the country. It is broadcasted domestically only. The channel also broadcasts educational content and features English, Science and Mathematics programs.

Eri-TV 3 is the 3rd channel working in the country. It broadcasts both national and international sports news.

Eri-TV broadcasts by means of the Egyptian and Saudi Arabia owned Nilesat 201, Badr 6 and Arabsat 5C satellites. It also shows through Intelsat 8, Galaxy 19 and Eutelsat Hot Bird 13B satellites. The live online TV services are also available throughout the country.