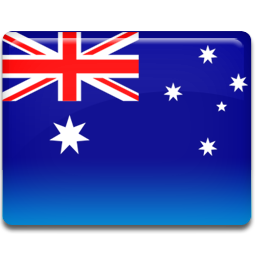 Television in Australia began experimentally in 1929 in Melbourne using 3TTT and 3UZ stations and later from other locations including Brisbane in the year 1934. On 16 Sep, 1956, mainstream television was launched in Sydney, New South Wales with the network TCN-9 Sydney. Bruce Gyngell introduced the new medium with the words “Good evening, and welcome to television” and has since enjoyed the introduction of digital television and color. It has also seen the close down of analogue broadcasts between 2010 to 2013. There was a complete changeover on 10 December, 2013.


The local programs include comedy, sport, drama series, current affairs and news over the years. Australian Communications and Media Authority regulate and censor the industry. The digital media are regulated by this government institution. It also regulates the radio and has begun regulating the internet lately.


Television broadcasting is offered in both color analogue and digital formats in Australia. This is done through a range of mediums that include satellite television, terrestrial television and a lot of cable services. Subscription channels as well as free-to-air channels are both available in Australia offering live online TV services.
Most of the areas have a choice of 3 free to air commercial broadcasters along with two national public broadcasters, the Special Broadcasting Services and Australian Broadcasting Corporation. There is a new service named National Indigenous Television service, is operating in many remote areas.


Seven Network and Network Ten are the leading metropolitan based networks that dominate the commercial television, owning stations in Melbourne, Adelaide, Perth, Brisbane, and Sydney. The Nine Network owns stations in Brisbane, Sydney, Melbourne and Darwin along with affiliations in Perth and Adelaide. Seven Network also has the authority over the regional station named “Seven Queensland”.