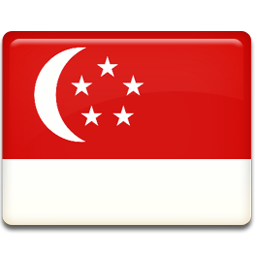 Television was introduced on 15th February, 1963 in Singapore. MediaCorp TV is one of the public broadcasters, having a monopoly on terrestrial television channels. MediaCorp TV is wholly owned by the holding company of Government named “Temasek Holdings”. The operators running locally are StarHub and Sing Tel Mio TV. Satellite dishes are banned for private use.

The rate of TV penetration is higher in households of Singapore. There were an estimated amount of 200,000 TV sets by December 1972 as compared to the amount of 7,000 TV sets in April 1963.

MediaCorp and SPH merged their mass market television and free newspaper operations in 2004.This resulted in the formation of MediaCorp TV Holdings Pte Ltd. It involves all TV channels being operated by both companies along with MediaCorp Studios.

On October 19, 2008, Vasantham Central developed to become a free to air channel, Vasantham (meaning spring in Tamil). 25% of the programming on Vasantham was to be in different South Asian languages and the remaining 25% in Tamil. Arts and Kids Central programmes were taken off to another new channel named “okto” on this very same day.

MediaCorp Channel 5 is a 24 hour live stream TV in English language operating in Singapore. It shows programmes including English language drama, reality shows, sports, movies, variety shows, news, game shows and current affairs. It has also produced local versions of foreign programmers including “Deal or No Deal”, “Who Wants to Be a Millionaire” and “Singapore Idol” in the past.

Channel 8 (also known as MediaCorp Channel 8) is the first free to air Mandarin television channel operating in Singapore. It came into being by Radio and Television Singapore (RTS) on November 23, 1963 as the only Chinese medium channel in Singapore. It served as an alternative Chinese channel to SPH Media Works

Channel U from 6 May 2001 to 31 December 2004. It is now serving as a complementary to MediaCorp Channel U after SPH Media works and MediaCorp merged in January 1, 2005.