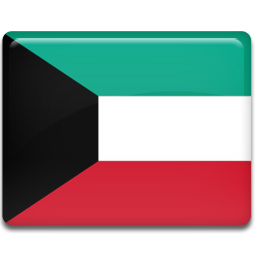 There are 28 free to air satellite channels based in Kuwait, 21 among the total are privately owned channels. Direct to home is the leading medium in the pay television market and KCV is the sole provider of cable television.
Kuwait Television is the official state owned television station in the country and is a part of the Kuwaiti Ministry of Information. Kuwait Television has four channels and a satellite known as KTV 1, KTV 2, KTV Sport, Al Araby Channel, and Ethra’s Channel. The free streaming live TV is also available in Kuwait.

KTV2 is the only state run channels to broadcast in English language. It highlights English language programs and Arabic programs dubbed in English, featuring family centered local programming. The mission of the channel is to boost media of Kuwait abroad and to show foreign viewers about the Kuwaiti culture and news. It also focuses on fostering the relationships between the State, Kuwaiti public and English speaking people in Kuwait.

Al Araby was started on Feb 25, 2009 under the direction of the former Minister of Information. The programming for the channels features cultural, scientific, literary and artistic based shows as well as focuses on significant cultural events.

Ethra’s Channel is focused on religious programs that provide viewers information about Islam, principles of Islam and Islam’s spiritual value. It associates with the Ministry of Awqaf and Islamic Affairs and with Awqaf Public Foundations to promote Islam instead of extremist ideologies. The channel is also in charge of covering the religious events in the country.