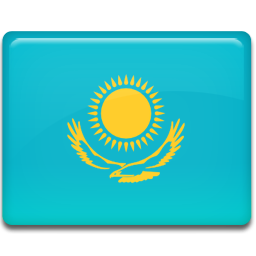 Media in Kazakhstan mainly includes radio, newspapers, internet and television. Irrespective of the free of the press being an important part of constitution of Kazakhstan, both opposition and privately owned media have been subjected to censorship and harassment. In 2012, a few opposition media outlets were ordered to close down on charges of promoting extremism in the country. All the media in Kazakhastan have to register with the Ministry of Culture, Information and Sports except the websites.

Astana TV is a television channel based in Astana region of Kazakhastan. It is both owned and operated by the Nur Media. It was launched in the year 1933 as Tsena.

The programs shown on this channel includes the following in general:-

Xit TV is a local television stated in Kazakh that has been operating since October 2003 as ??? ??. It is a music television network particularly dedicated to youth oriented music, showing all the latest music videos in Kazakhstan as well as aboard. Xit TV also shows the regular “show business programs” including music and movie gossip throughout the world. HiT TV is owned by the Shahar Media Group. The streaming live TV feature is found across the country.

Following are the lists of programs available in Vit TV:-

1. Headliner – shows the latest news from the music industry.

2. DOM-2- A program showing music videos of comfort and live.

3. SMS chat. Kaz. It is the newest program that is actually an open music video request show highlighting SMS.