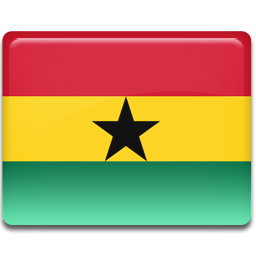 The Ghana Broadcasting Corporation (GBC) is the public broadcaster in Ghana and is funded by broadcasting television commercials as well as the levying of a television license, costing 3 GHC.

The broadcasting service was originally known as the Gold Coast Broadcasting System (established in 1954) before it changed its name to the Ghana Broadcasting Corporation due to the independence of the country in 1957. It has been independent of the Government’s Information Services Department throughout its history.
The GBC operates 1 television station, GTV. The station is broadcasted to the while of Ghana by means of satellite. As an addition, GBC operates two national and ten regional stations that are located in the 10 regions of Ghana. The live TV stream is also showing up in the country.

Ghana Today Television (GTV) is the national public broadcaster of Ghana and is operated by the Ghana Broadcasting Corporation. It started its operations on July 31, 1965 and was originally known as GBC TV.

GTV shows local programming mainly with more than 80% of the schedule having original productions. Although GTV’s main production studio is situated in Accra (capital city of Ghana), it has a lot of affiliations nation-wide and control 98% of the airwaves in Ghana, making it the most powerful medium of advertisement in the country.
Although GTV is mainly funded by the government of the country, it collects annual fees from viewers as well.
GTV broadcasts programs from international networks including regions like US, Asia, UK and Europe.

Some of the top shows currently being broadcasted are:-