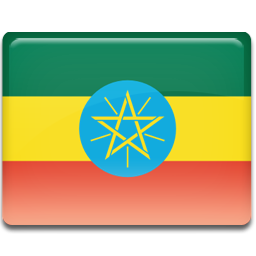 Ethiopian Television (ETV) is a government owned television channel in Ethiopia. It’s the only channel operating in the country because of government ban on private media. The programming features music, sport, news and other entertainment. It broadcasts in Oromo, Tigrinya, Afar, Harari, Amharic, Somali and English.

ETV broadcasts entertainment programs including the “Ethiopian Idol”, which highlights similar content to that of “American Idol” along with dancing competitions programs. ETV has delivered a few matches per week from some European Football Leagues (Spanish La Liga in 2007 and English Premier League in 2008) along with a couple of international matches in the recent years. The transmissions of programmes from ETV are delivered on 4 satellite stations. The live TV services are also available in the country.

Ethiopian Television was established in 1964 with some assistance from the British Firm named “Thomson”. It was established to feature the Organization of African Unity (OAU) meeting that held in Addis Ababa in 1964. Color television broadcast started in the year 1982 in commemoration of the founding of Worker’s Party of Ethiopia. The present goals and structure of ETV were setup in 1987 with Proclamation 114/87.

ETV has three channels broadcasting regularly across the country.

• ETV 1 – The major channel with 24 hours coverage. The channel focuses on content associated with politics, documentaries, movies and economy.

• ETV 3 - A channel that aims at soap operas, dramas and lifestyle programming. ETV 3 also shows programs from the West.