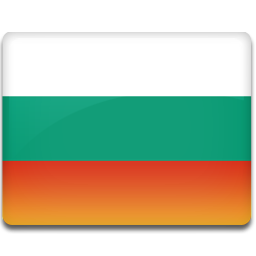 Television began in the year 1959 throughout Bulgaria. It is one of the most vibrant media in Eastern and Central Europe, despite having a small market in Bulgaria. Modern Times Group, Fox Broadcasting Company, News Corporation, Central European Media Enterprises and others are the biggest and most notable media outlets in Bulgaria.

BNT 1 is a public television station in Bulgaria, founded in 1959. It started broadcasting on December 26, 1959. The headquarters of BNT 1 are situated in Sofia. It is managed by the Bulgarian National Television.

When it was initially setup, the network was known as Bulgarian Television as it was the sole channel in operation. It was renamed to First Programme and after some time to “BT 1”. In 1991, the channel began to be referred as BNT Channel 1.

BNT Channel 1 changed its name to BNT 1 in order to have all the BNT channels under a single banner on 14 Sep, 2008. The second BNT channel is known as BNT2 which shows the local programming of the former four regional TV centres and operates nationally. Sports such as UEFA Europa League, bTV Action and RING BG are some of the programs aired on BNT1. This channel holds the rights to the Bulgarian Football Championship along with TV7. The channel also holds the rights for the Euro and the Olympics along with its sister channels including BNT2, HDTV and BNT HD. The free live streaming TV is being introduced by the popular television networks in the country.

BNT2 is a state owned TV channel operated by the Bulgarian National Television throughout the country. The channel was launched on 16 October, 2011 and replaced the 4 regional television centers of BNT by joining their programs into. The regional television centers of BNT include BNT More, BNT Pirin, BNT Plovdiv and BNT Sever. The new channel shows the newscasts, sporting events and original programs. National Basketball League, Bulgarian National Volleyball league and Formula One are some of the top sport events that are broadcasted on this channel.