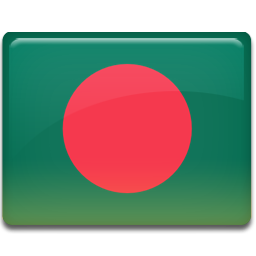 BTV is the state owned Television network operating in Bangladesh. It was renamed to Bangladesh Television after the independence in 1971. The broadcasts are shown in full color since 1980. The network’s seventeen relay stations send transmissions to around 2 million televisions.

Dhaka is the capital city of Bangladesh which broadcasts the national channel of BTV. The local relay stations, situated in major cities of the country, relay the transmission around the country. There is a regional station situated in the city of Chittagong that shows local programs in the evening. News programs of BBC and CNN are broadcasted since the mid-1990s via the national TV channel. BTV began broadcasts around the world by means of its satellite based branch, “BTV World” in the year 2004.

BTV is mainly financed by means of television license fees. BTV has been criticized often for showing favor towards the ruling government and the lack of network’s ability in showing quality entertainment programs, despite producing numerous award winning programs. Live online TV has been introduced by the leading television networks of Bangladesh.

BTV has aired numerous international programs including cartoons and popular English TV series from the late 1980s to the late 1990s. The network did not promote dubbed versions of those shows, as this was seen as something familiarizing the people with the English language and its different accents against the regular academic environment.

Some of the numerous notable English TV programs and cartoons shown on BTV were as follows:-