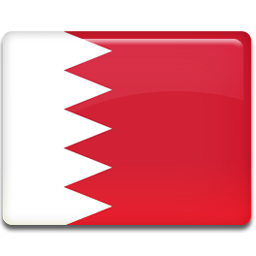 Television in Bahrain started in 1973, with five hours of broadcast on a daily basis. There are seven free to air channels out of which four are privately owned. Bahrain Radio and Television Corporation (Bahrain’s public service broadcaster) shows the popular Channel 44 out of which 35% to 40% of its output is produced locally.
Bahrain hosted a number of pan Arab broadcasters historically including Orbit before the OSN merger as well as the MBC2 channel. Alarab News Channel (funded by Prince Al-Waleed bin Talal) which covers social, economic and political issues related to the Arab region is also hosted by Bahrain.

The most dominant television platform is free satellite, highlighting 51% of households in Bahrain. Bahrain has a relatively high pay-TV penetration, which was estimated to be 51% in 2011. Al Jazeera Sports, OSN and ART are the three main pay-TV operators in Bahrain. The live TV free online services are increasingly being offered by the popular TV networks in the country.

The use of radio extended up to 14 hours a day by 1980 in Bahrain. The country first English language radio station began operating in 1977, majorly due to increase in English speakers in Bahrain and Gulf region. The programmes broadcasted on radio were mainly educational and religious with occasional announcements and news.

All the radio stations in Bahrain are stated owned (by the Bahrain Radio and Television Corporation). However, there are privately owned radio stations such as the Hindi Language Voice FM (which serves the Indian community) operating in the country.

The media of Bahrain covers a few weekly and daily newspapers. The media is mainly focused in Arabic language with Malayalam and English language newspapers emerging in the country. Bahrain also runs the Bahrain News agency which regulates the international and national news in Arabic and English, generating from 90 to 150 stories on a daily basis.