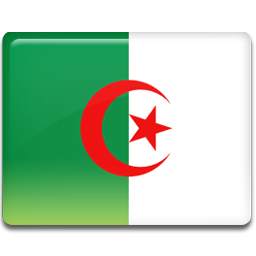 Algeria is having more than 45 independent publications in Arabic and French languages. There are four newspapers owned by the government out of which two are published in French and the other two in Arabic. However, the government in Algeria has authority over all the printing presses as well as advertising. The newspapers in Algeria with the largest circulations include Ennahar (300,000), Ech-chourouk (500,000), El Khabar (200,000) and Quotidien d’Oran (195,000). The government also manages all the television and radio outlets that present pro-government programming. The government promoted the access of Berber language and culture to broadcast media in 2004 and 2005.


One of the top Algerian national press agencies includes Algérie Presse Service. It was established in December 1, 1961 after the national independence of Algeria. The purpose was to represent Algeria in the world of media. It has developed itself to become an institution that creates satellite and online services.
The government has established a monopoly in the area of broadcasting since 1962. It was democratized by the new constitution of 1989. Public television broadcasting oversees is controlled by the national entity, Entreprise nationale de télévision (ENTV). It also has authority over other television channels including Amazigh TV 4, Algérie 3, Canal Algérie and Tamazight. The government buys commercial programs for broadcasting purposes from time to time.


Most of the population of Algeria takes interest in satellite broadcasts of Arab and French stations. The satellite dishes are estimated to be 20 million in number. There are a lot of satellite services that work in Algeria including Camagraphy Stream System, Condor and Magenta.