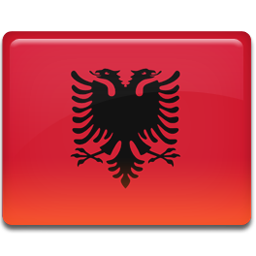 Television was introduced in 1960 across Albania. Radio Televizioni Shqiptar (RTSH) [English: - Albanian Radio and Television] is one of the most popular public broadcaster in Albania. RTSH is currently running 3 television stations known as TVSH. It is also in charge of 4 digital television stations as RTSH and 3 amazing radio stations running under the name of Radio Tirana. Moreover, there are 4 other regional radio stations serving in the following states of Albania.

The international radio service in Albania broadcasts some of the widely listened radio programmes in Albanian as well as 7 other languages by means of medium wave (AM) and short wave (SW). The signature tune used as the theme for this channel comes from the song "Keputa një gjethe dafine”. Some of the Albanian communities in Serbia, Macedonia, Kosovo, Montenegro, northern Greece and Albanian diaspora in Europe were initially provided with the international television service though satellite in 1993. RTSH has been enjoying the membership of the European Broadcasting Union since 1999.

Vizion Plus is one of the well known private channels operating in Albania. It is a satellite frequency channel operating in Tirana and Albania since 1999. Vizion Plus is also operating in Europe though Tring Digital, North America by means of IPTV and throughout the world using its online live TV streaming. Vizion Plus ranked no 6th in 2002 with an audience share of nearly 3.4%. It has also established itself as one of the most favorite television channels among Albanians, according to some recent opinion polls in Albania.

Vizion Plus holds a number of awards including First Prize award at International Festival “Orsini” for the best documentary firm, “Cult 2005” award for the documentary cycle “Tunnel” and 5 other awards presented by the TV Annual Evaluation and Academy of Radio.
There are a number of other private channels widely seen in Albania including “TV KLAN”, “ALBANIAN SCREEN”, “TOP CHANNEL”, “TV KOHA” and “AGON CHANNEL”.